So, I was fortunate enough to be asked by the very talented Shannon Murray to play cello on her forthcoming album Collecting Anchors. I flew out to Minneapolis and met up with Shannon, and we began the collaboration amidst a very classically Midwestern lightning storm. (Bonus: We got to eat early morning breakfast at Hard Times cafe with most of the members of Crone, an excellent metal band and Strangeweather’s tour buddies). We then journeyed to Bemidji where my quest to find a cello that would “cut the recording mustard,” continued, ending with a whopping 3 cello residence in Shannon’s living room (which I loved). We played a show at The Rail River Folk School, which is a most amazing space. Also notable were the very friendly local music nerds who I could spend many nights dweebing out with over bands and videos and mad libs….but I only got one.

Recording at Supple Studios with Troy Foss was a real treat. it’s a small but expertly designed space and Troy is an absolute wiz on the sound board. The other musicians on the record are amazing. Owen Weaver on drums and Garrett Verke on bass, and Shannon of course on guitar and vocals. It was truly a pleasure to re-connect with my old Riotfolk pal and contribute to these powerful songs.

Also, this town of Bemidji, MN has a very intense and palpable history, and current relationship, with the Anishinaabe people who are Native to that part of Minnesota (and beyond) and are very much present in Bemidji and the surrounding land. I saw a new statue of Shaynowishkung, or Chief Bemidji, that recounts on metal plaques some of the horrific history that settlers brought to that region of Anishinaabe territory, as well as some of the feats of resistance. Shannon filled me in on some of the Truth and Reconciliation discussions and actions that have been happening there, with Native leadership. 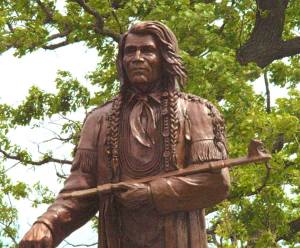 …and on the way back to Minneapolis we took some pictures with Australian bikers…..like ya do.

Hello beautiful people. After what seems like a very long time, I will be playing solo shows. I am so lucky to have recently reconnected with some of my very folky friends whose music and supportive energy has inspired me to remount the pennyfarthing that is solo folk music performing; at times awkward and unsteady, but once you hit your stride, so totally glorious. I am also hoping to use this blog as a place to write about my travels. New songs and musings to come xoxo